Design and programming are human activities; forget that and all is lost. ~ Bjarne Stroustrup

Our consultants have key mathematical development and modelling expertise working within both the scientific and engineering fields. In addition, we can provide specific expertise in encryption having worked on large scale multinational market projects. Key skills include Encrypted Packet Transfer over HTTP, PKI, Adaption of OpenSSL Code, TLS, Microsoft Cryptography API and Customised Certificate Authority.

Email our team here who are eager to answer your questions

Cryptographic Engineering is the discipline of using cryptography to solve human problems. Cryptography is typically applied when trying to ensure data confidentiality, to authenticate people or devices, or to verify data integrity in risky environments. The idea of Public Key Cryptography is to send messages in such a way that only the person who receives them can understand them even if the method of encryption is discovered by 'an enemy' who intercepts the messages. The person who sends the message encodes it; the person who receives the message decodes it (puts it back into a readable form) particularly where sensitive or secret information is transmitted across an insecure network.

This method of encryption depends on the fact that while it is easy to calculate the product of two large prime numbers (particularly with the help of a computer) it is, practically, impossible to find the factors of a large number if it has only very large prime factors. This is because all methods of finding such factors would take many many thousands of years by even the fastest modern computers.

To understand this you need to know that two numbers are said to be congruent in modulus arithmetic if their difference is divisible by the modulus. For example 23 is congruent to 2 modulus 7 because the difference between 2 and 23 is divisible by 7. Another way of expressing this is to say a≡b(modm) if and only if a=pm+b where p is an integer.

The idea is that Bob chooses two (very large) prime numbers p and q, and then writes n=pq. Then n is used to code the message, but p and q are needed to decode the message.

View this site for a full explanation of the subject 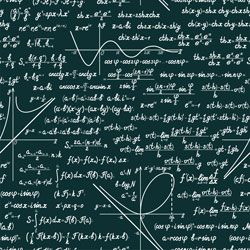